What will power the future of FinTech?

It may seem like a paradox, but as the devices people use to bank get smaller and smaller, the amount of data involved in those services gets larger and larger. So, with all that data already increasing so dramatically, what’s going to power the future of FinTech as the number of transactions made each day reaches high into the billions? The answer is the mainframe!

I’ve spent decades working with leading organisations in the financial industry, and in that time I’ve seen a lot of impressive innovations that have reshaped the FinTech industry (and financial services in general). Take the advent of online banking in the 1990s, or the rise of blockchain and cryptocurrency in the 2000s, and the introduction of online payments like Apple Pay in the 2010s. It’s worthwhile to note that each of these innovations – and many others – would never have been possible without a host of significant technological advances taking root ‘behind the scenes;’ advances that enabled the tremendous amounts of financial data associated with those innovations to be handled efficiently, effectively and reliably.

As any financial industry CIO will tell you, big data calls for the Big Iron… the mainframe. You might be surprised to learn that over the past 5 years, as more and more transactions happened through apps and online, the amount of financial data processed on mainframes has actually gone up. That’s right. Up! While an account holder might use an iPhone to pay a bill, there’s almost a 100% chance that the transaction was powered behind the scenes by a mainframe.

It’s easy for people to see just the consumer-facing technology and apps as modern and cutting edge while regarding other systems in the same way they might their parents’ wardrobe – dated. I’ll admit I have a few shirts in my closet whose best days are now long behind them, but that’s not at all the case with the mainframe. These systems aren’t out of date. They’re very much cutting-edge technology, continually growing in capability and keeping pace with the world around them.

Thanks to their speed, security, and flexibility, today’s mainframes can perform a blistering six billion transactions a day. If you want to know why no banks reported system failures during the pandemic despite all of the stress that has been put on the financial system, there’s your answer. And these systems will continue to be even more vital as the world moves into a digitally powered future.

Thankfully, most of the mainframes that are in use today – including the powerhouse IBM z15 – are actually new. I know … whenever a movie character mentions the mainframe, invariably there is a massive room-sized computer laden with pneumatic tubes and steam vents that looks like it belongs in a Jules Verne novel. But more than 90% of major banks in the US are using a mainframe that’s less than two years old. Instead of envisioning the deck of the Nautilus from Verne’s Twenty Thousand Leagues Under the Seas, it would be more accurate to picture today’s mainframes among the amazing equipment in Tony Stark’s lab from a Marvel Avengers movie.

Then we get to flexibility. Just about every app and tool that people use to send money (ranging from Apple Pay to Zelle to PayPal) depends on the mainframe. If you really think about it, none of us have bank accounts with Apple, meaning that when we use an iOS app to transfer or access funds there needs to be an integration with one or more banks. And all those touch points involve mainframes. Just because consumers don’t see it, doesn’t mean it’s not there.

The backbone of FinTech’s future

Not only is Big Iron (the affectionate term that mainframe aficionados use to describe these systems) driving FinTech tools that are in common use today, but it is ideally positioned for emerging technologies including digital currencies, digital wallets, payment gateways, peer-to-peer lending, and microfinancing. I recently rented a beach house for a weekend on Airbnb, and I know for a fact that there was a mainframe involved in the transaction. Even Bitcoin touches the mainframe, which is amazing to think about. Emerging FinTech models may seem like strange bedfellows with a bedrock technology like mainframe, but the reality is that if funds are involved, the mainframe is ideally positioned to be the reliable technology backbone to make it safe, fast, and secure.

Bridging these two worlds is a new generation of open-source approaches and standards, making it so that literally anyone who knows how to use a computer can use the mainframe. That’s why the Linux Foundation has a major initiative called the Open Mainframe Project that is specifically designed to drive mainframe innovation. This gives traditional financial institutions an opportunity to mine the talents of cutting-edge app and platform developers to roll out services that would have been unfathomable to think about even five years ago. It all comes back to APIs, which give forward-thinking technologists ways to access the mainframe without having to buy their own machines or build completely new infrastructures to take advantage of their power and flexibility.

When most people think about innovation in the financial sector, they think about disruptive products such as PayPal and Apple Wallet. But while those applications get all the glory, they are the 10% of the iceberg that everyone sees. If you look closer, what makes it all work is the venerable mainframe, which quietly keeps the entire FinTech world, and indeed the financial sector in general, afloat. 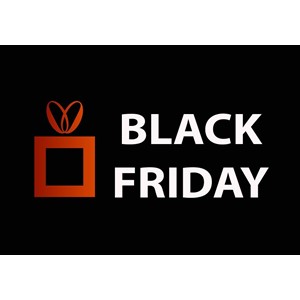 Trade surveillance and how to improve accuracy and detection rates

Finance leaders must take on a more strategic role

All that glitters is not gold: Is a golden source of data truly the way forward?