Regulatory reporting: what the future holds in Europe

IBS Intelligence is partnering with Sopra Banking Software to promote the Sopra Banking Summit, which takes place 18-22 October 2021. The summit is tackling the biggest issues in the financial sector. This weeklong festival of FinTech will touch on the hottest topics in financial services and highlight the new paths industry leaders are taking.

Regulatory reporting is a key part of the framework contributing to stability within the banking system. This is fundamental, as the sector’s business activity generates significant risk, which can affect the economy and its stakeholders, such as consumers, companies and governments. That’s why banking activity is regulated. Banks are required to report standardised information to supervisory bodies, known as regulatory reporting.

While the delivery of reports may be transactional, periodic and calendar-based, the requirements can emanate from separate legislative and banking bodies, even though all these stakeholders have the same objectives:

However, the notion of regulatory reporting is very broad and covers a variety of obligations, the requirements of which are constantly expanding. This complicates the burden on financial institutions and increases the cost of maintaining their compliance.

Today’s stakeholders believe that the current regulatory reporting system, following several attempts at harmonisation within the framework of European integration, is no longer fit for purpose. This has led European companies to agree on the implementation of a new reporting system: integrated reporting.

The European Central Bank (ECB), responsible for compiling reports for statistical purposes, has been trying to harmonise its reporting requirements for some years. Corep and Finrep were the first reports to be standardised within the various EU countries, starting in 2007. Next came AnaCredit in 2019, along with the advent of granularity and the emergence of new technologies enabling the analysis and exploitation of large data sets. And finally, BIRD (Banks’ Integrated Reporting Dictionary) – a collaborative project that’s still ongoing between the ECB, National Central Banks (NCBs) and commercial banks, which aims to define a shared set of transformations for regulatory reporting purposes.

Today, the ECB would like to move toward more granularity and has launched an overhaul of its requirements via its Integrated REporting Framework (IREF) project, which should be completed by the end of 2024. It launched a ‘cost-benefit’ investigation, completed on April 16, to assess the relevance of the main scenario it would like to implement. This survey was sent to the entire industry, including national banks, commercial banks, banking associations and software providers.

Similarly, the European Banking Authority (EBA), in charge of collecting financial and risk data as part of the banking industry’s single supervisory mechanism, launched a public inquiry from March 11 to June 11. The inquiry aimed to assess the implementation of the IREF counterpart on the prudential and resolution part of the project, called the Integrated REporting System (IRES). This project has made less progress than the ECB project, so there is a question as to how the ECB and EBA projects will eventually converge.

While the EBA has not yet disclosed the next steps for the implementation of harmonised reporting, the ECB foresees the transition to integrated IREF reporting between 2024 and 2027 in the area of statistics – monetary, AnaCredit and securities holding, in particular.

Is integrated reporting the final step in regulatory reporting?

In recent years, the number of new reports has grown exponentially. And each new addition requires work, expense and time. The idea of an integrated reporting system that brings all the information together in one place is therefore attractive, but only if it does not follow the same dynamic as the previous ones. These questions must be answered in the coming years to ensure an effective and rapid transition. 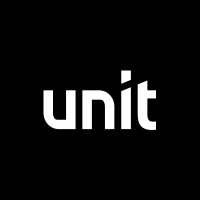