IBS Intelligence is partnering with Sopra Banking Software to promote the Sopra Banking Summit, which takes place 18-22 October 2021. The summit is tackling the biggest issues in the financial sector. This weeklong festival of FinTech will touch on the hottest topics in financial services including the European Payments Initiative and highlight the new paths industry leaders are taking.

A new payment scheme is aiming to create a pan-European payment solution for both euro and non-euro markets. The European Payments Initiative (EPI) aims to be the new standard in payments across all types of transactions in Europe. While the promise of EPI is very real, the scheme is yet to be fully realised and has plenty of hurdles to overcome if it’s to achieve its ambition of launching a true pan-European payment solution.

It’s no secret that the European Central Bank (ECB) has long harbored an interest in breaking up the dominance of Visa and Mastercard over the European payments market. Indeed, 80% of European transactions are handled by the two US multinational financial services companies, according to estimates from EuroCommerce.

A series of initiatives have been rolled out by the ECB and other interested parties to challenge this duopoly. For instance, in 2019, Instant Payments were introduced to ease the payment experience for users across the continent and tip the balance in favor of homegrown players.

ECB board member Yves Mersch described Instant Payments as an ‘opportunity to instantly clear and settle card transactions, which would offer a possible way of supporting the interlinking and interoperability of national card schemes … Efforts to ensure the interoperability of schemes should be strengthened and should aim to foster a European identity.’

The Instant Payments initiative has indeed been a success, and its outlook is bright. Its value is estimated to rise to $18 trillion by 2025, up from $3 trillion in 2020. But to truly forge this ‘European identity’ for payments, the ECB has been calling on the support of major European banks to create a unified payments scheme relying on Instant Payments and other such initiatives.

Certainly, there’s a need in Europe for standardisation and interoperability, as far as payments are concerned, and without it the bloc risks falling behind in key areas such as card penetration.

However, action has been taken. In 2019 – the same year that the Instant Payments initiative was launched – the ECB announced that a number of Europe’s top banks were exploring the possibility of creating a rival payment scheme to take on the European market. Since then an interim company has been created by 30-plus banks – including BNP Paribas, Société Générale and La Banque Postale – and the goal is to launch in the first half of 2022.

Challenges and solutions toward mass adoption

Of course, implementing EPI successfully will not be easy. Challenging the dominance of Mastercard and Visa is no small task. These players have well-established solutions, large innovation budgets and many value-added services for merchants.

Furthermore, there’s the issue of migrating existing schemes to EPI and developing new network infrastructure – apps, platforms, cards, and compatibility with point-of-sale devices – could be a long and expensive process.

However, there’s plenty to be optimistic about, too. Research conducted by European payment leader Galitt suggests that consumers are, on the whole, positive about the prospect of a unified payment solution. Approximately 75% of users surveyed in France report being open to a change in payment scheme, and there’s also a noticeable bias toward European players for banking operations – with nearly 60% indicating they prefer their bank or a European company to handle their payments.

The major challenge for EPI and its stakeholders will be convincing consumers (and, by extension, merchants) to get onboard. To acquire and retain a critical mass of users, EPI must have strong user incentives. It needs a compelling business case to convince issuers to migrate from domestic or international brands and acquirers to enable acceptance. It also needs a winning narrative, and users must be able to experience the value for themselves. In this sense, possibilities include:

The future of European payments

The EPI initiative represents a vision and a desire to create a modern, standardised, end-to-end European payments solution. With a system that will run on SCT Inst rails instead of more expensive card rails, EPI stands to make huge efficiency gains, and it could revolutionise how people pay across the continent. In this way, its architects have a unique chance to write the future of payments in Europe.

Coronavirus and the changing role of the financial CIO

An open letter to bankers… On conspicuous benefits of Open Banking 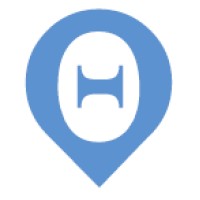