Cryptocurrencies are one of the biggest Ponzi schemes in history. More stringent regulation and the rise of state-backed digital currencies look set to cause the speculative market for cryptocurrencies to crash. Within a few years, all non-state backed cryptocurrencies could reach their true monetary value: zero.

Perhaps the greatest long-term threat to cryptocurrencies is the creation of state-backed digital currencies. China is now trialling its digital Yuan. The EU is considering a digital euro.  The chair of the Federal Reserve calls its proposed digital dollar a “high priority project”. These will have both the security of blockchain and a stable value.

Despite these developments, for now, cryptocurrencies continue to provide opportunities for criminal activity, including white collar crime. The global cryptocurrency market is now worth some US$1.5 trillion annually. New types of cryptoassets and cryptocurrency exchanges launch regularly.

The determination of global leaders to regulate cryptocurrencies should not be underestimated.  Ransomware attacks are now a geopolitical issue, with many linked to Russia. Russia has been accused of involvement in attacks such as the 2020 SolarWinds attack. The 2021 G7 meeting issued a final communique that promised that the G7 nations would collaborate “to urgently address the escalating shared threat” of ransomware attacks. The greater anonymity of cryptocurrencies facilitates ransomware attacks.

Frauds involving cryptocurrencies, such as the PlusToken Ponzi scheme, have cost billions internationally. The PlusToken fraud defrauded investors of an estimated $2.9 billion. Cryptocurrencies have facilitated money laundering on a global scale. Until serious regulatory regimes are put in place globally, the use of cryptocurrencies in white collar crime looks set to continue. In 2020, in the UK alone, around £113 million was lost in fraudulent cryptocurrency investments.

A great deal of white collar crime goes beyond money laundering and relates to the cryptoasset markets themselves. It involves misrepresentations regarding the value, stability and viability of cryptoassets and related financial instruments.

People are lured into investing online in cryptocurrencies or their derivatives. This is despite the clear warnings issued by regulators such as the FCA. The FCA’s clear advice is that “Cryptoassets are considered very high risk, speculative purchases. If you buy cryptoassets, you should be prepared to lose all your money.”

The appetite for cryptocurrencies is rarely dented by their remarkable volatility. Earlier this year, the cryptocurrency Ether dropped 22% in a single day while Bitcoin lost over 40% of its value in a single week. The FCA has thankfully now banned the sale of crypto derivatives to consumers on the basis of its “concerns surrounding the volatility and valuation of the underlying cryptoassets.” Yet UK consumers can still buy them internationally online.

The UK has no regulatory regime dedicated to cryptocurrencies as of yet. However, the FCA has become active in regulating the cryptocurrency market. Firms must now register with the FCA before operating in the UK. Cryptoasset platforms which registered with the FCA in December 2020 were able to continue to offer services in the UK under a Temporary Registrations Regime while the FCA assessed their application. However, many applicants have been abandoning their applications to the FCA, due to difficulties meeting the anti-money laundering requirements.

The FCA has not been sitting on its hands while it assesses applications. In June, it banned the cryptocurrency exchange Binance from conducting regulated activities in the UK. The FCA’s head of enforcement and market oversight, Mark Steward has admitted that 111 unregistered cryptocurrency providers were operating in Britain and that “they are dealing with someone: banks, payment services firm, consumers”. This is a pointed warning to those banks and other white collar service providers involved.

The British legal system has proven itself adaptable to the rise of cryptocurrencies. In 2019, the English High Court considered whether cryptoassets could be legally regarded as property. The case of AA v Persons Unknown [2020] 4 W.L.R. 35 involved an application for a proprietary injunction to recover Bitcoins, which had been extorted during a ransomware attack on a Canadian insurance company. The company’s British insurer paid q ransom of $950,000 in Bitcoin through an expert intermediary. At the time this amounted to 109.25 Bitcoins.

The consultants who had made the payment found the extorted Bitcoins at a cryptocurrency exchange.  They discovered that 96 of the 109.25 Bitcoins were still in an account and asked the High Court to grant a proprietary injunction to recover them. The English High Court held that Bitcoins were “property” under English law and granted the injunction.

The court favourably cited the UK Jurisdiction Task Force’s report entitled “Legal statement on cryptoassets and smart contracts”.  The report concluded that cryptoassets have the legal characteristics of property and that their novel technological features did not prevent them from legally being property. This judgment brings cryptoassets within the purview of the English courts.

Regulators and the courts are actively using existing laws to tackle cryptocurrencies and white collar crime. State-backed digital currencies look set to arrive in tandem with a coming wave of regulation which will tackle the misuse of crypto assets. These developments will create a perfect storm that will sweep away cryptocurrencies as we have known them.

People will be much more likely to place their trust in a digital dollar or a digital euro instead of a cryptocurrency like Dogecoin – which literally started off as a joke. It may well also end up as one. 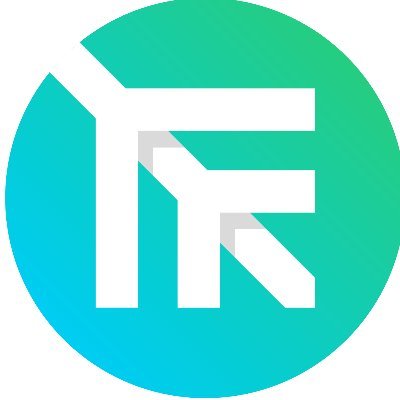 Regulation vs Collaboration: How to encourage innovation in financial services