As the trend of digital transformation continues to impact the financial services industry, progressive Credit Unions in the US understand that to keep up, they must re-evaluate their digital platforms and convert to a new system that will offer their members a better banking experience.

When we think about enhancing members’ digital banking experience, we often think about adding new features and capabilities, and making the system easier to use. But what about simply making sure the new system can run without any slowdown in response times, or worse crashing completely? After all, what could be a poorer experience for members than not having access to their money when they want it? This is where performance and stress testing is crucial for digital banking systems.

When undergoing a complex digital banking conversion, there needs to be rigorous testing of the system to ensure it is functioning properly and free of any bugs that will impact the user. Most Credit Unions understand how critical it is to test functionality and ensure all the data has been migrated over successfully to the new system, but they often overlook the performance and stress tests that ensure the system’s availability, responsiveness, and scalability. Performance and stress testing ensures that a new system can handle the expected usage of Credit Unions’ members and is well-equipped to scale as membership grows.

The need to ensure the availability and responsiveness of a digital banking system is more important now than ever before, as the pandemic has led more and more people to abandon in-branch transactions and to choose to do their banking digitally.

Why Is performance testing so important?

Everyone can relate to the frustration caused when trying to use an app or website that is running slowly or crashes altogether. This frustration is amplified when dealing with our money. People have an expectation that their right of access to their own money is a given and are rightly very upset when they lose this access or cannot perform transactions in a reasonable timeframe. These situations can ultimately damage your Credit Union’s reputation and lead members to lose faith in their banking system. To ensure that members never run into these issues, Credit Unions must run performance tests on their banking platforms.

When slow response times or crashes occur, it is often due to the system not being able to handle the volume of usage it is experiencing. There are simply too many people trying to do the same thing at the same time. Performance tests are meant to simulate the usage a Credit Union can expect its system to encounter, and then measure the response times to ensure they are up to standard and being executed quickly. They allow for the creation of scripts that will run and mimic the workflows Credit Union members carry out when banking. A well thought out performance test will account for the factors below to accurately represent the actual usage by members:

To accurately capture all of the above factors in performance tests, a Credit Union will want to examine activity data from its old system and use it as a baseline for the activity a new system will face. If the Credit Union has plans for growth, that should also be accounted for, and the activity level simulated should be even higher than average.

Once tests have been configured appropriately, it is time to run the tests and see how the new system stands up to the type of activity it can expect to face. The goal is to confirm that the new system has not suffered any degradation to end user response times and can handle the amount of activity expected from members, allowing them to carry out their banking transactions quickly. The response times that are measured can then be used as a baseline standard for the system moving forward. If the system has suffered any degradation to response time, this is an issue that should be fixed immediately.

Running performance tests will give a Credit Union the confidence that its system will be able to handle the expected usage from its members, but what happens when facing uniquely high levels of traffic? Will the system crash, leaving members scrambling for answers?

Unlike a performance test, which aims to replicate the average amount of activity a system will face, a stress test looks to simulate and establish a baseline for the peak activity level the system can withstand before crashing. The method for configuring the test is the same, but this time with a much larger number of users being simulated. A good way to come up with the activity level is to look at the peak usage level the system has faced historically, run the test using that amount, and see if the new system is able to handle that load without any outages. If it is, then the usage level should be increased, until the system ultimately reaches the peak level it can withstand.

Stress testing is not only a valuable way to mitigate risk and ensure the stability of a Credit Union’s digital banking system under unusually high activity levels. It can also give an institution confidence that its system will continue to perform as the business grows and the number of members using the system increases.

In conclusion, while it is important for Credit Unions to test their digital banking systems to make sure all of the features and functionality are working properly, it is equally important to confirm that the system is ready to withstand the traffic it will encounter from members. Running these performance and stress tests will provide confidence that members will be able to carry out their banking transactions quickly and without disruptions to service.

All that glitters is not gold: Is a golden source of data truly the way forward? 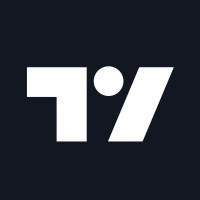 Coronavirus and the changing role of the financial CIO

Cloud is the answer – what was the question?