Digitalise or die. It may not be such an overstatement considering the current state of the banking industry. Banks have been getting on the digital bandwagon for over a decade now. However, with the ever-evolving technology and the fintech start-up revolution, the role of digital technology has changed from a good-to-have to a must-have. Last year was particularly notable in this respect, with technology investment by banks reaching a maturity that was not seen until a few years ago. 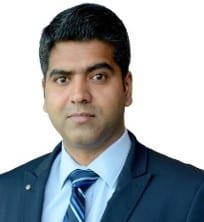 Large global banks jumped headlong into their automation and artificial intelligence-related initiatives. Many of the larger banking groups such as Citi, Morgan Stanley, US Bancorp, HSBC, Deutsche Bank and so on have reportedly set aside dedicated funds in the range of $2-$4 billion for digital platforms and technology innovations. JP Morgan reportedly had a tech budget for 2018 of $10.8 billion, with $5 billion set aside for new investment majorly into AI. There was a marked rise in Core Banking modernisation and digital banking solution sales in the US, especially within community banks and credit unions indicating that even mid-sized banks were getting serious about executing their digital strategy.

Investments in last year’s much-hyped blockchain technology saw a long-expected correction with banks and governments alike realising that the real applications of distributed ledger technology were beyond cryptocurrency trading and dubious ICOs. It was no surprise then to see the price of bitcoin crashing from last year’s intraday peak of $20,000 to as low as $3,500. On the flipside, the year saw increased  collaboration within banking associations to develop practical applications of blockchain in areas such as trade finance and so on. Of note was the European Commission launching its own blockchain initiative in order to develop a common approach on blockchain technology for the EU with participation from major banks such as Santander and BBVA.

However, the most notable of all the developments this year was the Open Banking PSD2 regulation that became effective in January. With this, the stage is set for the rise of true marketplaces and APIbased
banking systems. Considering the major developments discussed above, much of the technology investments trends in 2019 are bound to be dictated by cascading effects of last year’s developments. For banks, strengthening their competitive positioning will be the primary driver for investing in technology. On that note, some of the key banking technology investment areas that are likely to be in the limelight next year are as follows:

1. Open Banking and rise of marketplaces: The Payment Services Directive 2 (PSD2) was singlehandedly responsible for springboarding the Open Banking culture within the banking industry and forcing banks to open up their systems to fintech. Being a regulatory requirement, with deadline for compliance to the technical standards set at September 2019, most European banks will be focusing on upgrading their systems to be compliant with PSD2 requirements. There is also a major initiative among the larger global suppliers that are developing fintech marketplaces and partnering with smaller fintech start-ups in order to offer a one-stop solution for an API-ready bank industry.

2. Greater emphasis on regtech: 2018 was an eventful year for banks regulatory wise, with PSD2, GDPR and MiFID II all coming into effect in the same year. Compliance and regulatory reporting requirements left banks scurrying for quick-fix compliance solutions that they could implement without too much investment. These solutions offered by large global suppliers as well as specialist niche suppliers will continue to be in demand even in 2019 as banks ramp up their systems and look to remain compliant.

3. AI and automation: While large banks have already been intensively focusing on developing automated solutions using AI, the technology itself is far from being perfected. As this solution gets developed further, the applications of AI are also expected to grow exponentially. Almost all the large banks now have deployed a virtual assistant that uses machine learning and predictive analytics. In 2019, one can expect banks to invest further in enhancing their chatbots, making them more intelligent and integrating them with all their services. Small and mid-sized firms are also going along the automation path, but the solution of choice for them is likely to RPA which are the first steps towards automation without the need of complex requirements of an AI deployment.

4. Cybersecurity and fraud management: The challenge with large scale digitalisation, API banking and third-party collaboration is the increase in the vulnerability across the banking ecosystem to potential data breaches. The recent HSBC data breach at its US business is only one such example. To make a successful transition towards a digital economy and digital banking will mean that banks and their partners will together have to invest in robust fraud prevention and cybersecurity solutions. This is likely to be the most critical technology investment banks would have to make in 2019.

5. Digital-only banking platforms: For many of the banks across the globe, the Core Banking systems currently in use are as old as 30 years with heavy customisation, which make upgrading their Core Banking system a daunting task due to cost and manpower involved. The recent TSB debacle was a prime example of how badly a complete Core Banking system overhaul could go wrong. Most industry experts are averse to the idea of a complete overhaul and instead recommend a piecemeal approach starting with one process, one product, one function at a time while maintaining the overarching focus of building a customer-oriented digital infrastructure. A popular strategy that is increasingly prevalent among larger banks is to build a separate digital-only bank that can cater to the digital savvy customers. Examples of this approach are seen around the world – JP Morgan with its mobile banking platform Finn in the US, Santander with its digital-only bank Openbank in Europe, Standard Chartered with a retail digital-only bank in Africa, DBS with online bank Digibank in India and Commercial Bank of Dubai with CBD Now in the UAE. This is likely to be the trend even in 2019, especially with the success of incumbent banks and digital-only challenger banks.

The banking industry is replete with digital transformation initiatives and this will continue even in 2019. Besides the areas highlighted above, there are numerous other technology initiatives that are being pursued on a smaller scale but are likely to come into focus in the future, depending on their disruptive capabilities. However, these technology investments are, as with any other investment, impacted by the macroeconomic factors – the Brexit outcome and the US-China trade wars are among some of the factors that will play a decisive role in the quantum of technology investments that banks are able to make in the next year.

Data is money – dealing with dark data in financial services 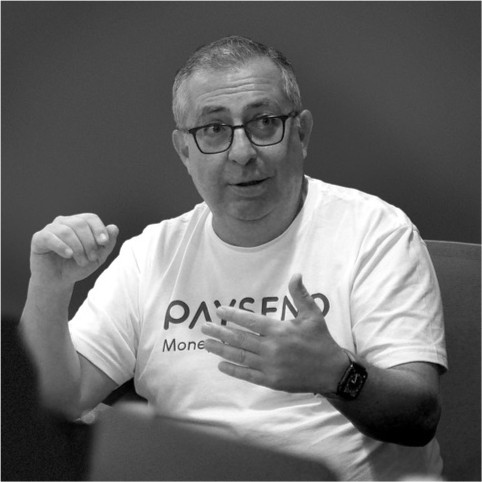 Payments made easy in Latin America: Interview with Jairo Riveros, Managing Director for the Americas and Global Head of Strategy at Paysend Global